You are using an outdated browser. Please upgrade your browser to improve your experience.

Recognizing Phileas LaCasse as an Integral Part of Stone’s History

The following history highlights the dedication and service of Phil LaCasse, MBA, from 1990-2021 as a (1) consultant and mentor during the early years, 1990-1995; (2) President of Salmon Health and Retirement, Stone’s Management Company; and (3) member of the Stone Board of Directors after his retirement from Salmon Health.

In 1990, Dennis Rieske, AIA, was charged with the responsibility to design a new Skilled Nursing Facility (SNF) as an addition to Stone’s existing Level Care IV Pettee House. Dennis was introduced to Phil LaCasse, President and Owner of Cushman Management. Phil consented to help Stone and Dennis for over 5 years (1990-1995) to navigate the complicated design and project approval phase with the MA Department of Public Health (DPH). At the time, Phil was President of the MA Nursing Home Federation.

In 1994, Stone needed a Certificate of Need which was a license from the Commonwealth of MA to own and operate a SNF. Stone was able to purchase an existing Level Care III license from the old Elliot Manor, a Nursing Facility, in Newton Upper Falls which was closing. With Phil’s assistance, Stone was allowed to transfer the 53-bed license from Elliot Manor and upgrade Stone’s existing 23-bed Level Care IV license to the 82-bed Level Care II SNF license Stone needed to move the project into construction in 1995. At the time, Stone was the only license transfer and upgrade approved by DPH among six applicants.

The SNF construction was completed, and opening day was in November 1995 after 12 months of construction. Forty-seven former residents and several nursing staff from Elliot Manor transferred to Stone. Cushman Management was selected to be Stone’s management company and Darrell Endress was Stone’s first Executive Director. Over the years, Stone had several different management companies until Phil returned as President of Continuing Care Management, a Salmon health care organization.

In December 2012, Stone with the aid of Dennis and fellow Board member Fred Grein, closed on a new tax-exempt bond loan of $4.5M at 3.75% interest with Cambridge Savings Bank which saved Stone approximately $300,000 in bond principal and interest payments per year. The bond refinancing also freed up an additional $1M which was used to pay off old debt and create a Construction Project Fund for renovations in the c.1914 addition in 2012 and the original c.1828 Pettee House in 2016. 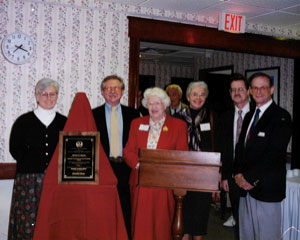 Jean Thurston, long-time colleague, board director and former President of the Board of Directors stated, “These few words do not begin to explain the ways Phil has helped Stone. His deep understanding of the industry, his network of the people involved, and his sage advice are very much appreciated. We will miss him.”

Come see all that our historic facility has to offer

At Stone Rehabilitation & Senior Living, we offer a historic facility that has been providing residential care and services to the community for over a century.